Never Be Afraid to Try New Restaurants and Cuisines 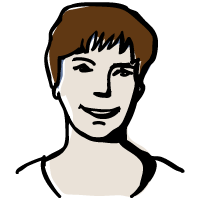 When I was growing up, my mother meat and potatoes for dinner each night. Once a week, we would order pizza from the same pizza place. I never even tried Mexican food until I was 18 years old! I loved it and that led me on a quest to try all of the different types of cuisines out there and I have to say that I love almost all of them. When trying a new cuisine, I don't always love the first dish I try, but I find that after trying a few dishes, I find one that I fall in love with. I think that trying new food frequently can be a great adventure that adds some zest to your life. I plan to post about many foods I have tried and plan to try on my blog, so come back soon!

Three Reasons To Get A Pepperoni Cup Pizza
10 January 2023

Pepperoni is unquestionably the most popular meat …

Sharing Dishes To Consider At A Seafood Restaurant
26 October 2022

When you visit a waterfront seafood restaurant, it …

Whether you enjoy your steak well done or blue rar …

If you own a restaurant and are looking for ways t …

When you visit a Mexican food restaurant, some foods will definitely be familiar. You'll obviously recognize the salsa, the tomatoes, and the tortillas! However, there may be some ingredients listed on the menu or just present on dishes that you do not immediately recognize. Knowledge is power, so here's a look at some of those ingredients.

Tomatillos are commonly used in sauces and salsas, especially salsa verde. They are green, round vegetables with a thin husk. They are related to tomatoes and other nightshades, and they taste a little like unripe tomatoes. Their flavor is best described as bright and fresh with a hint of sweetness.

You may see Nopales listed as an ingredient in a salad or stew. Sometimes it is even included in a cocktail, such as a specialty margarita. A Nopal is a type of prickly pear, and it is closely related to cacti. It has a tough outer skin but a very soft, watery inner flesh. Its flavor is tart — not unlike the flavor of green apple candies, but milder.

Crema is, as the name suggests, a cream. It is similar to sour cream, but it has a looser texture and is usually used on top of various dishes. Crema can be infused with herbs for more flavor. For instance, you may see a restaurant using cilantro crema.

Poblanos are simply a type of pepper used in a lot of Mexican cooking. They have a milder flavor and a more lingering heat than jalapenos. You may see them listed as an ingredient in grilled dishes like fajitas and also in various salsas.

Cotija is one of the most common cheeses you will see on the menu in Mexican restaurants, at least in the United States. It has a crumbly texture similar to that of feta cheese, but its flavor is a bit milder and less salty. Cotija is often served on top of tacos and burritos as it holds its texture and does not melt away on hot foods.

Annato is a type of seed that is often used as a seasoning in Mexican cooking. They are red in color and have a very sharp flavor. You'll see them used in cocktails and also in rubs and marinades for meat.

The next time you see any of the above ingredients listed on a Mexican restaurant menu, you will have a better idea of what to expect.